It is in times of crisis that communities feel the strongest need to come together around that most healing of elements: the blending of the human voice in song. We therefore regret to announce the cancellation of our rescheduled July 25, 2020 concert, featuring Frederica von Stade and Joel Ayau. We had hoped and plan to be able to present this concert virtually. Unfortunately, geographic considerations and the challenge of travel during the Covid-19 pandemic has made this impossible. We hope to be able to share some pre-recorded content from Ms. von Stade in the weeks and months to come. We are happy to share that we hope and plan to reschedule Frederica von Stade’s performance at Bradley Hills for the 2021-2022 season.

If you are a season subscriber or have tickets to this concert, you have several options:

In the meantime, Bradley Hills Presents would like to invite you to two mini-concerts featuring our Bradley Hills’ Summer Music Intern, Gabriel Simerson. Information on these performance on 7/25/2020 and 7/31/2020 are below.

We appreciate your support, and, until we see each other again, hope that you and your family stay well.

As many of you know, our Director of Music, Matthew Robertson, was scheduled to be on sabbatical this summer. Gabriel Simerson, was planned to be his sabbatical replacement. Covid-19 has clearly impacted these plans, but we are pleased to welcome Gabe as a Summer Music Intern, providing mini-recitals via Zoom this week and the next, and then providing music during Sunday worship while Matthew is on vacation in August. Join Gabe for this exciting 15-minute recital featuring stunning organ playing and beautiful music.

The first mini-recital, from the console of St. Thomas’s Episcopal Church in New Haven, CT, will begin with a sort of tour of the pastoral. Representing France is the César Franck, whose musical colors befit someone who made it part of his profession to demonstrate new organs by prominent French Romantic builder Cavaillé-Coll. Following this is an English take on a smaller scale; Herbert Sumsion, longtime organist of Gloucester Cathedral, hints at the pentatonics and folk-tune cadences that make his music some of the most recognizably post-Romantic English. Last on the docket is the Toccata on Truro by Simon Richard Jacobs, written in 2013 for the 125th anniversary of the Truro Cathedral organ and based on the hymn tune of the same name. Simerson’s first organ teacher, Simon, was raised at Truro and is now organist of Grace and St. Stephen’s Episcopal Church, Colorado Springs.

To Join Zoom Meeting:  Email Matthew Robertson at matthew@bradleyhillschurch.org  and he will forward the link.

This week’s Zoom recital will be from Bradley Hills, whose organ hails from the Baroque revival in organbuilding and begs for repertoire written before the nineteenth century! Opening the program is J. S. Bach’s “little” g minor fugue, BWV 578, whose shapely subject invites ergonomic, yet exciting, play between voices. The rest of the recital will make use of the fine piano at Bradley Hills, and will include the first Arabesque of French Impressionist Claude Debussy, whose two-against-three rhythms make for cloudy textures, and Aram Khachaturian’s Toccata of 1932, which is machinistic and Romantic in one, while covering all areas in between.

To Join Zoom Meeting:  Email Matthew Robertson at matthew@bradleyhillschurch.org and he will forward the link.

This year’s schedule of concerts included: 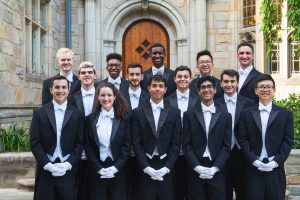 The Yale Whiffenpoofs, the world’s oldest and most renowned collegiate a cappella group, invite you to a night of jazz, oldies, classic rock, and everything in between. Their characteristic white tie and tails, paired with their enthusiasm and humor, have become iconic for audiences all around the United States and the globe. Recent Whiffenpoof performance venues have included Carnegie Hall, the Kennedy Center, the White House, the Rose Bowl, and Lincoln Center. The Whiffenpoofs have also reached a television audience of more than 175 million in appearances on NBC’s “The Sing Off,”“The West Wing,”“The Today Show,”“60 Minutes,”“Gilmore Girls,”“Jeopardy!,” “Saturday Night Live,” and, “Glee,”and have performed for multiple sitting Presidents of the United States.

Praised for “striking color and richness” (The Washington Post) and “a tight and attractive vocal blend and excellent choral discipline” (American Record Guide), The Thirteen is an all-star professional ensemble known for inspired and powerful live concerts. Since its founding in 2012, the choir has been at the forefront of invigorating performances of choral gems from early chant to contemporary world premieres and the centuries in between.This holiday season join The Thirteen’s song-filled journey through the cosmos and the Christmas story. Featuring your favorite holiday carols, The Thirteen’s own arrangement of Silent Night, and contemporary composer Kile Smith’s driving and touching The Consolation of Apollo, this concert can’t be missed! Hailed as “ecstatically beautiful,” The Consolation of Apollo pairs the words of the Apollo 8 astronauts on Christmas Eve 1968 with the writings of the Roman philosopher Boethius for a fantastical take on the Christmas story. To celebrate the 50th anniversary of the Moon landing, this performance will be accompanied by projected images from NASA’s archives.

Recognized as one of the most beloved musical figures of our time, Frederica von Stade has enriched the world of classical music for three decades with her appearances in opera, concert, and recital. The mezzo-soprano is well known to audiences around the world through her numerous featured appearances on television,including several PBS specials and “Live from Lincoln Center” telecasts. Her recordings have garnered six Grammy nominations, two Grand Prix du Disc awards, the Deutsche Schallplattenpreis, Italy’s Premio della Critica Discografica, and “Best of the Year” citations by Stereo Review and Opera News. In 1983 von Stadewas honored with an award given at The White House by President Reagan in recognition of her significant contribution to the arts. Join “Flicka” for this chance to hear a living legend perform repertoire from Maurice Ravelto Jake Heggie, from Francis Poulenc to Aaron Copeland! 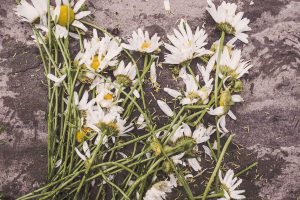 The Orchestra of the Hills; Bradley Hills Chancel Choir; Choir of the Episcopal Church of the Redeemer, Geoffrey Silver, Music Director; soloists from The Thirteen, Matthew Robertson, conductor

Towards the end of his life, under enormous financial pressures, Mozart undertook one of his greatest endeavors: the composition of a mass for the dead. Left unfinished and later completed by Mozart’s student Franz Xaver Süssmayr, this final masterpiece is “full of power and drama” (Chicago Sun-Times). Join the Bradley Hills Chancel Choir, The Orchestra of the Hills, the choir of the Episcopal Church of the Redeemer, soloists from The Thirteen, and conductor Matthew Robertson for a riveting performance of this beloved work. 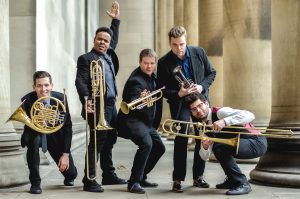 Join us as we welcome C Street Brass for their triumphant return to Bradley Hills Presents. Since their founding in 2008,C Street Brass has delighted audiences from Pittsburgh to Tbilisi, Georgia and from Doha, Qatar to right here in Bethesda, MD! Passionately committed to a repertoire spanning from the baroque to Broadway, C Street Brass is sure to delight with this program featuring composers such as Billy Joel, George Gershwin, and John Lennon!

The concert series is an important means of connecting with the wider musical community, a source of mission and social outreach and a vital form of evangelization. The mission of Concerts at Bradley Hills is to provide world-class musical events in a wonderful acoustic setting, thereby sharing the joy of music with the public as a living ministry. Some of these concerts are also essential ways of aiding social justice ministries through the donation of proceeds to various charitable organizations.

With the revival of the concert series in 2009 Bradley Hills has once again opened its doors to talented performers as a mission to the wider music community.

Friends of Music consists of all those who, through donation of their time and financial gifts, support the cause of concerts at Bradley Hills. Concerts sponsored by Friends of Music are supported solely through suggested donations and admission costs collected at all events, as well as the gracious financial contributions and volunteer efforts of Friends of Music.